Safety of a Human Heritage, of a Production Tool, deserves professionalism.

SIE (European Fire Safety) has been founded in 1992 by Rodolphe GIMENEZ.

He is a Fire Safety professional passionate about Decoration and Design. He’s also the founder of Fire Design.

EFS offers you all guarantees and certifications at every step in the fire protection of Professionals and “Etablissement Recevant du Public” (ERP) (Public area).

Certification of Installation Services for Mobile Extinguishers (under number 463/07/04-285) with certified products (NF-CE).

SIE is also an Approved Center for Decennial Revision of Extinguishers. 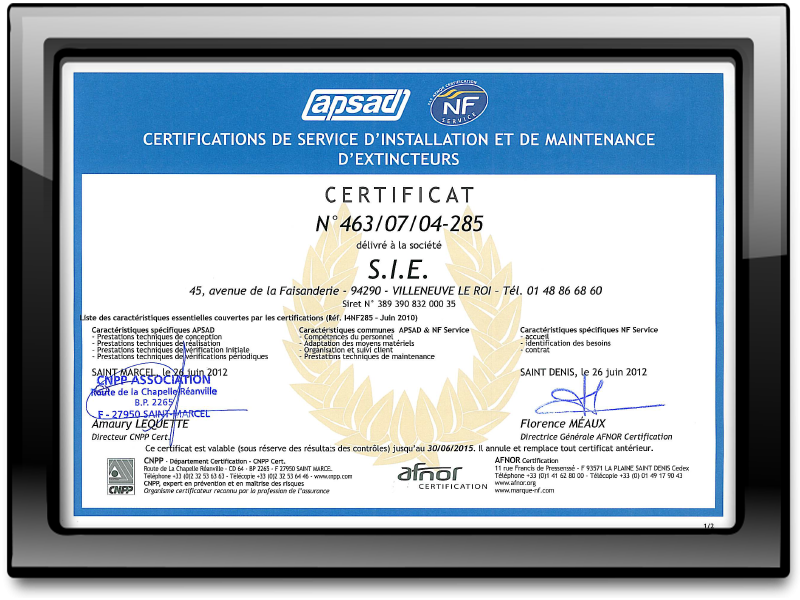 SIE offers you safety works for your company at all levels:

SIE is a Training Organization registered in the General Labor Directorate, Employment and Professional Formation of île de France under the number 119 405 86 094.

They trust in SIE :